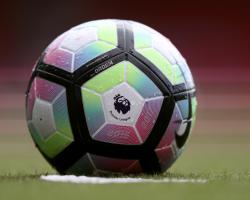 Holt was commenting in the wake of newspaper reports claiming Zlatan Ibrahimovic is paid over ÃÂ£350,000 per week by Manchester United, and that agent Mino Raiola pocketed ÃÂ£41million from the deal that brought Paul Pogba to Old Trafford

Holt tweeted: " Hang your heads in shame @premierleague you are an absolute disgrace to English football."

your largesse is ruining the pyramid and @England national team...

your largesse should be the focus of fans fury

You're destroying the game, not 'rogue' owners."

Holt sought to draw a stark comparison between the fee reportedly paid to Pogba's agent and the annual budget at League Two club Stanley, which he said is almost 20 times smaller

Holt added: "We run our club with less than this..

ÃÂ£2.2m THIS is the problem with the English game

"Bodies involved in football are disparate..

[governing bodies] have own interests to look out for not the health of the game."

A Premier League spokesman said: "The Premier League supports all clubs in the EFL with solidarity payments and provides significant funding for their community projects and youth development schemes - all things that Accrington Stanley benefits from

"It is only because of the interest in our competition and in Premier League clubs that we can support Accrington, the wider football pyramid, and communities and schools across the country

"We will be writing to Mr Holt to ask him if he wishes for the Premier League to continue the support we currently provide for his and other clubs in the EFL."

It is understood Accrington and each League Two club will receive ÃÂ£430,000 in solidarity payments from the Premier League this season

The payments are linked to the value of the Premier League's broadcasting rights, with League One clubs getting ÃÂ£650,000 each and Championship clubs ÃÂ£4.3million