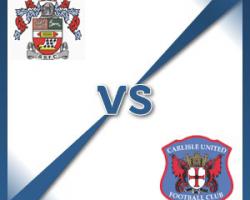 Accrington Stanley V Carlisle - view commentary, squad, and statistics of the game live.Gornell sits out Cumbrians clashAccrington striker Terry Gornell begins a suspension when Carlisle visit the Store First Stadium.Gornell was sent off in the first half of Friday's draw with Morecambe for a wild lunge, which means Sean Maguire may come back into the starting line up after dropping to the bench on Friday.Matt Crooks had to drop into the middle of defence against the Shrimps because Dean Winnard was injured and John Coleman will check on his centre-half again.Midfielder Andy Procter will not play again this season because of an ankle injury but is the only long-term absentee for Accrington.Carlisle defender Troy Archibald-Henville will return to contention following suspension.The centre-half missed Friday's home draw against Portsmouth due to a one-game ban after his dismissal in the recent defeat at Oxford and is pushing for a recall.The Cumbrians could also be boosted by the return of Anthony Griffith, who has been on international duty with Montserrat, but fellow midfielder Jeffrey Monakana has returned to parent club Brighton for treatment on a knock.Teenage midfielder Kyle Dempsey is hoping to shake off the knock that forced him out against Portsmouth

Gary Dicker is on stand-by